Dickeya dianthicola has been detected in dormant dahlia tubers found on a commercial potato growing property.

As part of the delimiting survey, DPIRD has collected some 1746 samples from 23 properties. Samples of potential alternative hosts such as freesia, calla lily, iris and hyacinth have also been sampled for testing.

DPIRD is tracing the movement of potatoes and dahlias on and off properties that are linked to the infected properties, and to determine a pathway of entry into Western Australia.

This has also enabled us to prioritise the testing of samples from the highest risk properties, to determine the extent of the outbreak as soon as possible.

DPIRD is working with growers who have been quarantined to develop plans that will help them minimise the impact of this pest on their commercial operations.

Two applications for movement of ware potatoes received from two properties under quarantine are currently being assessed by DPIRD.

DPIRD is focusing on maintaining business continuity as much as feasible for quarantined premises, including testing to facilitate non-infected potato crops to be marketed as ware.

DPIRD is also liaising with potato wash/packing facilities to ensure they have appropriate biosecurity measures in place to handle non-infected ware potatoes from quarantined properties.

The Consultative Committee on Emergency Plant Pests (CCEPP) convened again on Monday 7 August 2017 to discuss the technical feasibility of eradication, but requested more information regarding the extent of the outbreak.

Industry representatives were provided with an incident update on 4 August 2017 at South Perth.

According to overseas publications, symptoms in host flowers may include soft rots, wilts, stem rot, dwarfing and stunting, although it is also possible for plants and tubers to show no signs of infection.

Dickeya dianthicola can have a serious impact on some flower crops, although the impact overseas has been minimised through strict adherence to propagation programs and biosecurity measures.

DPIRD staff are continuing to research the experiences of other countries to inform proposed management practices for growers.

Most recently, research has found that Dickeya dianthicola has never been eradicated in other parts of the world in a field situation. Europe, Scotland and the United States rely on management through seed certification schemes, on-farm biosecurity and best management practices.

Dickeya dianthicola is known to persist in the soil for up to 12 months, which is also impacted by volunteer regrowth from residual tubers. Literature from other countries suggests a safe rotation period being 3-5 years.

Dickeya is also known to be spread by contaminated irrigation water. Surveys of waterways in Britain have shown it to be widespread in natural watercourses.

There is no research on the survivability of the pathogen on alternative weed hosts in Australia (eg. other Solanaceae species such as nightshade or wild arum lilies). 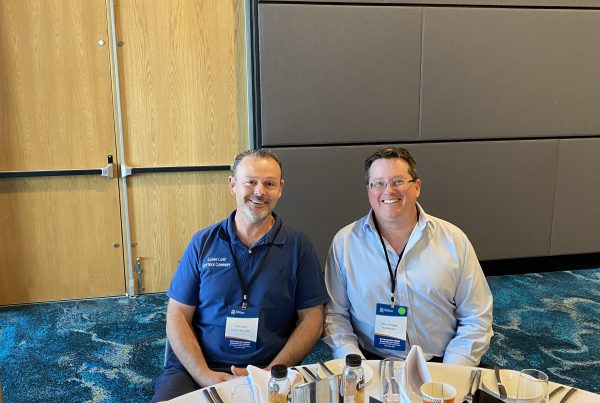